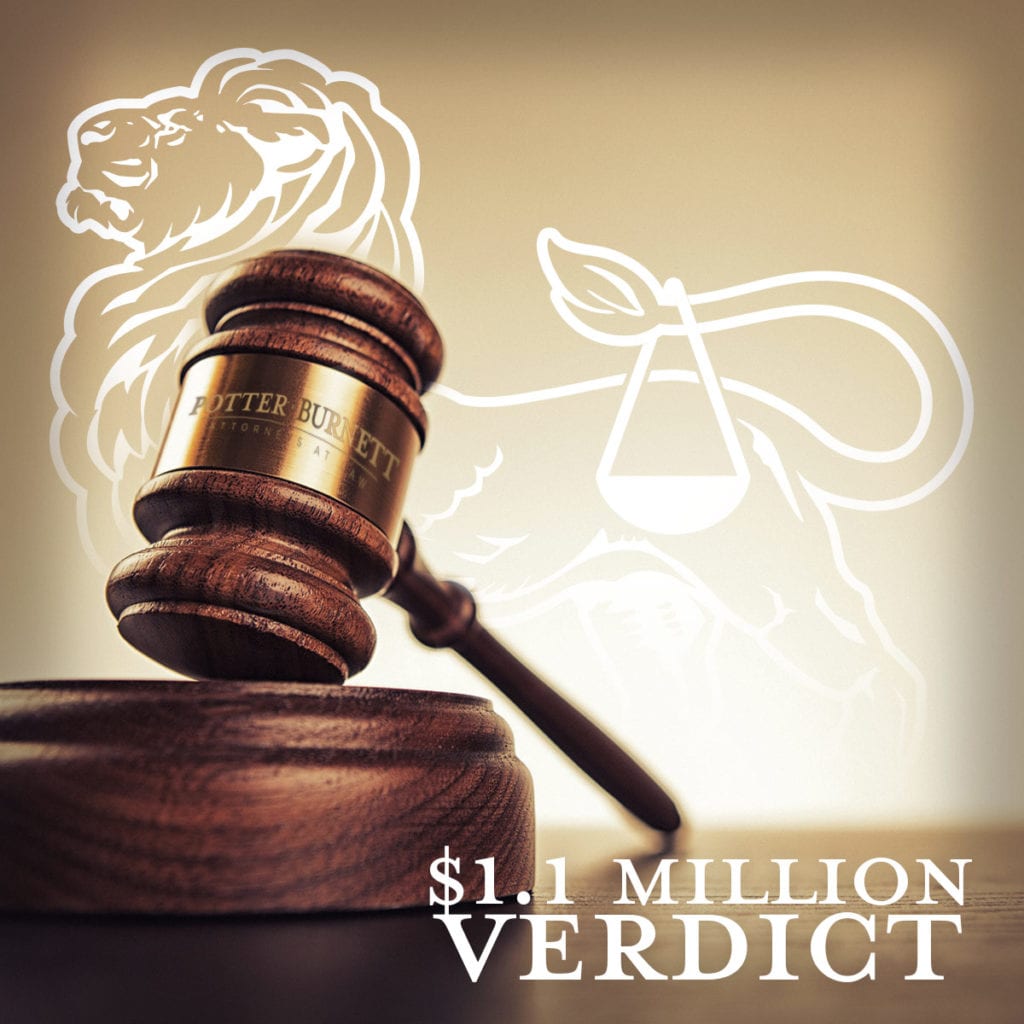 A Charles County jury has awarded $1.1 million to a Friendship man who sustained a permanent lower back injury in a vehicle collision in 2015.

Steven Mudd was driving on Route 925 in Waldorf on May 21, 2015 when he collided with a vehicle turning left across traffic. The defense admitted liability on Jan. 8 at the start of trial and the parties argued damages, according to plaintiff’s attorney Deborah L. Potter.

Mudd did not work for several months after the injury then suffered a lower back strain on the job in November 2015, which the defense argued superseded injuries from the crash, Potter said. Doctors testified that the crash made Mudd more susceptible to the later injury.

The jury deliberated for approximately an hour before returning the verdict Jan. 9, which included $40,784 in economic damages and $1,068,519.50 in noneconomic damages, the latter of which will be reduced to $800,000 under the statutory cap.

Potter, of Potter Burnett Law LLC in Bowie, said Mudd is back at work but suffers from lower back pain daily and the injury is nonsurgical.

For access to the full article, please visit The Daily Record by clicking here.